Antisemitism has become a more prominent phenomena that must be assessed, mapped and decoded in order to gain a a deeper understanding of this complex process and problem. With understanding, it is possible to develop effective policy to address this scourge.

ISGAP International Desks have been developed so that colleagues from different vantage points and perspectives can contribute to an international assessment and gain understanding of global antisemitism. 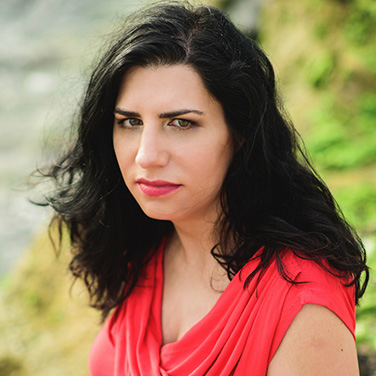 Simone Dinah Hartmann holds an MSc in Information Technology and Politics from The Vienna University of Technology. In response to Iran’s nuclear program she founded STOP THE BOMB, the European-wide Coalition for a Nuclear-free and Democratic Iran, and served as its director and spokesperson in Austria since 2007. In 2013, Ms. Hartmann was a Fellow at the Tikvah Fund in New York and then served as Vice President of Operations at United Against Nuclear Iran in New York from 2014-2015. Upon her return to Europe she became a consultant for the European Jewish Congress and the Director of the Institute for the Study of Global Antisemitism and Policy in Austria. She also serves as the Executive Director of MEDEA – Middle East Democracy Alliance.

Ms. Hartmann has lectured widely across Europe, Israel, and the United States and published extensively in the German-language and international press on matters related to the security of Israel, anti-Semitism, radical Islam, and the Iranian threat. She has co- published two anthologies on Iran and its European and international supporters and enablers. 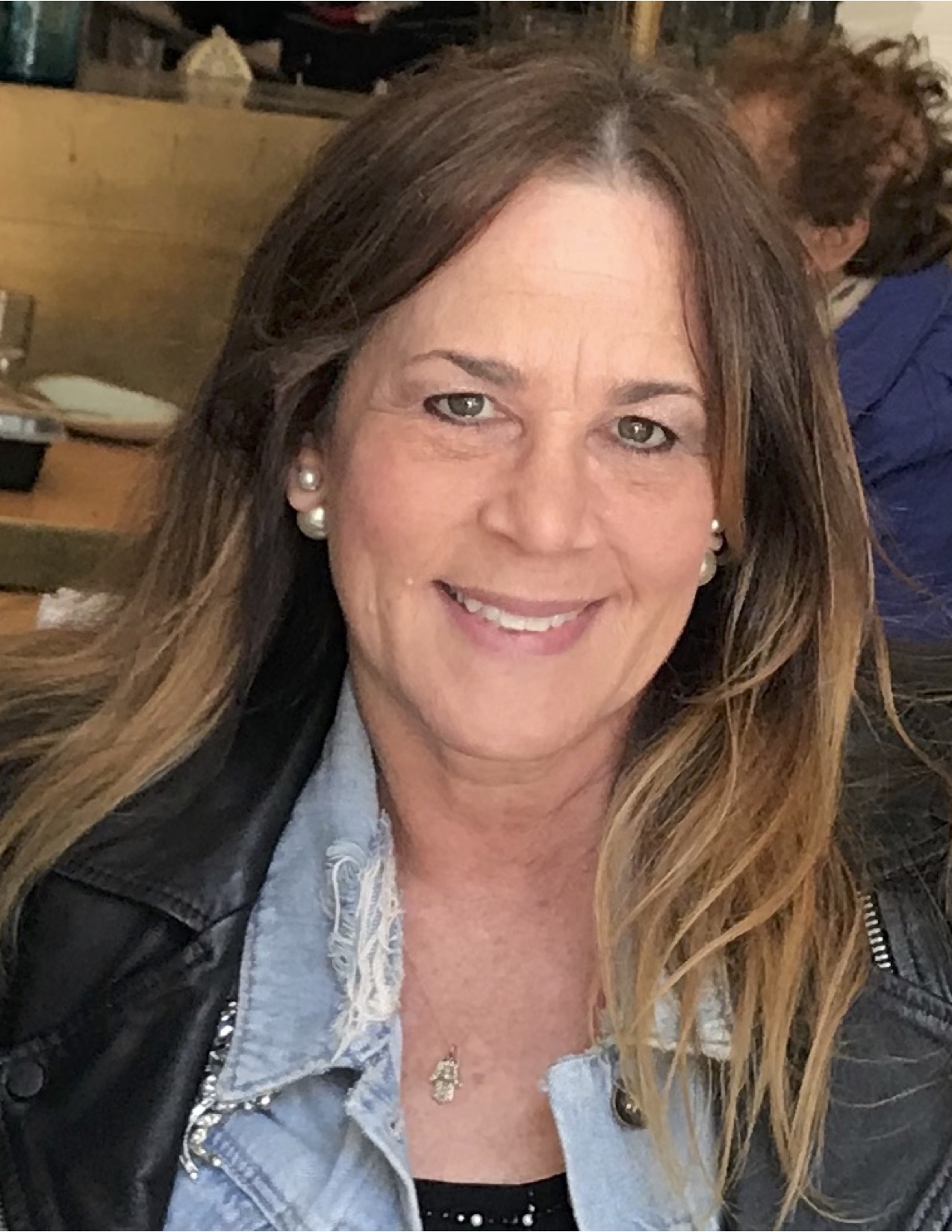 Joanne Lebovits-Brodkin is Director of the Canadian Institute for the Study of Global Antisemitism and Policy (ISGAP-Canada), an organization which is independent from ISGAP. Joanne will play a key role in ISGAP-Canada’s strategic fundraising and community development goals. ISGAP Canada is involved in research and publishing materials on antisemitism and racism.

Ms. Brodkin holds a BA in Political Science and an MA in Public Policy & Public Administration from Concordia University, Montreal. She has served as the Community & Development Manager of the Canadian Friends of The Koby Mandell Foundation, raising funds and awareness for their two flagship programs: The Mother’s Healing Retreats and Camp Koby. She has also held positions as Events Coordinator, JNF Canada, Senior Community Projects Coordinator, JIAS Canada, National Office, and Development Assistant for Operation Herbie, at The Hospital for Sick Children Foundation, Toronto. She currently holds the title of Manager of Special Events at HighVail Systems Inc. In the past, Joanne took on a variety of lay leadership positions such as Vice-President of the educational arm of Women’s Federation of Federation CJA, as well as Chair of the Social Action Committee, and Co-Chaired the following committees: Leadership Development Seminar: “The Making of a President,” Outreach – “Direction 2000,” Community General Assembly, of Federation CJA, Montreal, and Steering Committee for the Leadership Development Program at Canadian Jewish Congress, Quebec Region. 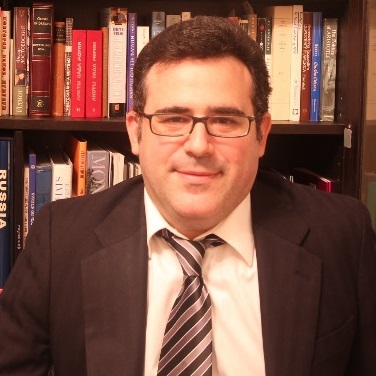 Glen Feder is the Director of ISGAP-France, where, in co-operation with the CNRS Groupe Sociétés, Religions, Laïcités, he runs ISGAP’s seminar on critical studies of contemporary forms of antisemitism at L’Ecole pratique des hautes études at the Sorbonne.

In addition to conducting the university seminar, Dr. Feder frequently appears in the French media. He received his doctorate at the University of Paris IV-Sorbonne in the Department of Philosophy, specializing in political philosophy. His dissertation was a comparative analysis of Tocqueville and Nietzsche on democracy.

Dr. Feder also has master’s degrees from École des hautes études en sciences sociales and the University of Chicago. He has taught at the Washington Center and the University of Paris VIII and has published widely on antisemitism in France and on democracy and its critics, from Nietzsche to radical Islamist ideology. His forthcoming publications include a project with Dr. Charles Small on the Boycott, Divestment, Sanctions (BDS) campaign and a book titled, “The Battle Against Liberal Democracy and the Jewish Question, from Marx to Qutb.” He has worked for several think tanks and NGOs, including The Investigative Project on Terrorism, The Israel Project, the Joint Distribution Committee, and the Shalem Center (now Shalem College). He has briefed the U.S. government and law enforcement authorities on timely national security issues. 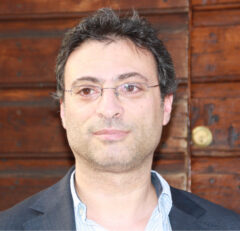 Robert Hassan is the Director of ISGAP-Italy, where he runs the seminar on critical studies of contemporary forms of antisemitism at Sapienza University in Rome. He holds a Law Degree from Sapienza University, where he specialized in Comparative Constitutional Law. Dr. Hassan is an entrepreneur in the field of strategies and communication. With more than 15 years of experience in managing complex projects with organizations, he has achieved much auccess with the media in Italy. He has designed and implemented strategies and communication plans for governments, businesses, and foreign and domestic enterprises. He has handled the largest collection of materials and documents on the Holocaust in Italy.

Dr. Hassan is the founding partner of the “Summit and Remembrance Forum,” organizing the largest European event in support of Israel and numerous other events concerning the Middle East. He is a published author, lecturer, and analyst of political strategies and scenarios in conflicts. 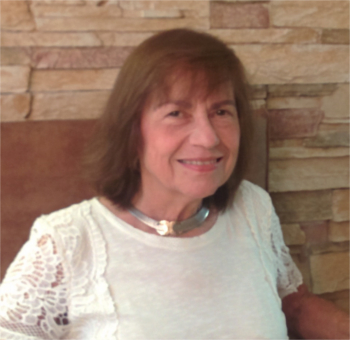 Her fields of expertise include public international law and human rights, international organizations, and diplomacy, immigration, and citizenship law. She has published several books, including Multilingualism in International Law and Institutions: The Multinational Force and Observers in the Sinai, and significant articles on international law and minority rights. She served as a member of the Israeli team at the Taba Arbitration with Egypt and as a member of the Israeli negotiating team for the Peace Treaty with Jordan.

Dr. Tabory has academic experience at Bar Ilan and Tel Aviv universities. She has coordinated courses on “Legal Aspects of the Middle East Peace Process” for American law students under the auspices of the Tel Aviv Law Faculty and Temple University Law School. She edited the Israel Yearbook on Human Rights at Tel Aviv University’s Faculty of Law.

During most of her public career, Dr. Tabory filled senior research and diplomatic posts in a special unit in the Israel Prime Minister’s Office, involving the immigration of a million individuals from the former Soviet Union. She is currently the editor of Justice, the journal of the International Association of Jewish Lawyers and Jurists, and Director of the Israel branch of the Institute for the Study of Global Antisemitism and Policy (ISGAP).