Professor Neil Kressel “The Great Failure of the Anti-Racist Community: How and Why Contemporary Global Antisemitism has Been Downplayed and Ignored”

DEC. 7, 2015 “THE GREAT FAILURE OF THE ANTI-RACIST COMMUNITY: HOW AND WHY CONTEMPORARY GLOBAL ANTISEMITISM HAS BEEN DOWNPLAYED AND IGNORED”

In this lecture Prof. Kressel discusses what he describes as a ‘storm of Jew-hatred’ that exists below the surface unacknowledged by the international anti-racist community. Whilst Kressel acknowledges that some extreme anti-Zionism constitutes antisemitism, he focuses on a more classic idea of bigotry that would normally be studied by anti-racists. He also contends that whilst antisemitism is stronger in the Muslim world, it is particularly ignored by anti-racist scholars, or that its Islamic sources are negated. He also addresses the issue that antisemitism is often seen as only a problem of the past, frequently ignoring literature from the last decade and a half. Finally, he touches upon the tendency to ignore the ways antisemitism differs from other forms of prejudice. 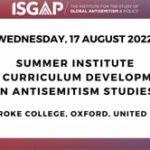 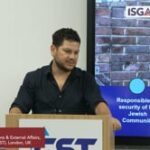 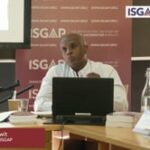