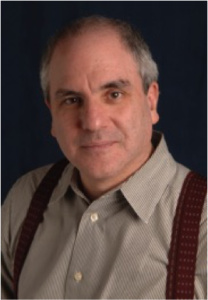 Dr. Lawrence Amsel is an academic psychiatrist on the faculty of Columbia University, where he practices, teaches and does research. His areas of focus are the understanding the long term effects of psychological trauma, the applications of Behavioral Economics and Game Theory to psychiatry, and Forensic Psychiatry.

He is the child of Holocaust survivors, which has been a key influence in every corner of his life, from becoming a healer focused on trauma, to his political and philosophical commitments. As a child and young man he received a classic, old-world Yeshiva education (largely in Yiddish) with its emphasis on Talmud and ethical behavior. Later he was active in the Soviet Jewry movement and student support for Israel. These experiences of political activism have remained important to him throughout his life.

The pleasures of rigorous thinking he first encountered in Talmud later led him to major in Mathematics at Columbia College. But once in mathematics grad school he concluded that I needed to be more involved in addressing the emotional aspects of people’s lives. He switched directions and attended Yale School of Medicine followed by a Psychiatry Residency. Subsequently, he completed a Masters in Public Health, and joined the faculty of the Columbia University medical school. There, for a number of years following 9/11, he co-directed the clinic specifically funded to focus on victims of that terrorist attack. In this capacity he encountered a large number of police officers, firefighters, and EMT’s as well as financial professionals. This gave him an intimate and in-depth view of how trauma (in particular terrorism) affects people’s political thinking, as much as it does their emotions. It became clear to him that the aggregated traumatic response of a population has a very serious impact on the political attitudes and behaviors of the body politic.

In all these areas he has been interested in how the psychiatric concepts and insights apply to broader institutional interactions and social pathologies such as Antisemitism and anti-Zionism. Going forward, he would like to merge insights and scholarship from his psychiatric practice with political perspectives derived from his activism in order to better understand the sources and nature of human biases and political distortions, such as those exemplified by contemporary Antisemitism and anti-Zionism.