Natan Sharansky was born in 1948 in Donetsk, Ukraine. He was a spokesman for the human rights movement, a prisoner of conscience and leader in the struggle for the right of Soviet Jews to immigrate to Israel. Mr. Sharansky was a founding member of the Helsinki Group, which monitored violations of international agreements of different religious and national groups in the Soviet Union. He worked closely with Andrei Sakharov, the renowned Soviet human rights activist, and kept close contact with foreign media beyond the iron curtain…Read More

Chair, International Academic Board of Advisors

Professor Emeritus Alan Morton Dershowitz is an American lawyer, jurist, author, and political commentator. He is a prominent scholar on United States constitutional law and criminal law, and a leading defender of civil liberties. He spent most of his career at Harvard Law School where he became the youngest full professor of law in its history… Read More

Vice-Chair, International Academic Board of Advisors

Professor Emerita Ruth R. Wisse is the Martin Peretz Professor of Yiddish Literature and Professor of Comparative Literature at Harvard University. She earned her PhD from McGill University. As a professor, Wisse has previously taught at McGill, Stanford, New York, Hebrew and Tel Aviv universities. While teaching at McGill she developed a “pioneering” graduate program in Jewish studies.” She sits on the Executive Committee for the International Academic Board of Advisors for ISGAP, the Institute for the Study of Global Antisemitism and Policy, is a member of the Editorial Board of the Jewish Review of Books and a frequent contributor to Commentary.

Abraham H. Foxman served as the National Director of the Anti-Defamation League (ADL) from 1987-2015 and is a world-renowned leader in the fight against antisemitism, bigotry and discrimination. In March 2016, he became head of the Center for the Study of Anti-Semitism at the Museum of Jewish Heritage in New York City. He is the co-author of Viral Hate: Containing Its Spread on the Internet (Palgrave Macmillan, 2013) and author of Jews & Money: The Story of a Stereotype (Palgrave Macmillan, 2010), The Deadliest Lies: The Israel Lobby and the Myth of Jewish Control (Palgrave Macmillan, 2007) and Never Again? The Threat of the New Anti-Semitism(HarperSanFrancisco, 2003)… Read More

Elie Wiesel was born in 1928 in Sighet, Transylvania, which is now part of Romania. He was fifteen years old when he and his family were deported by the Nazis to Auschwitz. His mother and younger sister perished, his two older sisters survived. Elie and his father were later transported to Buchenwald, where his father died shortly before the camp was liberated in April 1945… Read More

President of the Board

President Emeritus of the Board

In 1999, Harley Lippman asked 12 of his former colleagues to help him build a professional technology services firm that companies across the U.S. would rely on to deliver experienced, professional business and IT talent. Ten colleagues said yes, and the company was named Genesis10 in their honor. Read More

Ira Guberman is the Manager of Programming and Operations for ISGAP. Based at ISGAP’s headquarters in Manhattan, Ira serves as the hub of ISGAP’s global activities and aims to integrate the organization’s international projects, including the supervision of the annual ISGAP-Oxford Summer Institute for Curriculum Development in Critical Antisemitism Studies. He earned a BA in International Relations at the University of Delaware and a Masters in Public and International Affairs from the University of Pittsburgh. He served as a Masa Israel Teaching Fellow in Rehovot, Israel, and was a fundraising fellow at the American Israel Public Affairs Committee (AIPAC).

Luca Lindner is the Vice President of European Affairs for ISGAP. It will be his responsibility, in agreement with the Board and directly with Dr. Small, to develop the Institute’s reputation in key countries such as the United Kingdom, France, Italy and Germany. He will grow existing and new relationships with the academic world and with other stakeholders, including political leaders, governments, media, journalists, other non-governmental organizations, local Jewish communities and organizations focused on racism and the issues of intolerance. Read more… 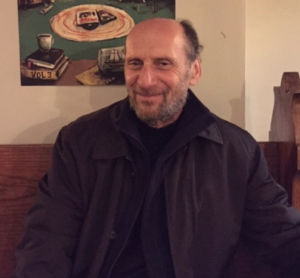 Mr. David Prussky is the Vice President for Strategic Development for ISGAP. His role is to assist the team in the development of the business side of ISGAP, including fundraising. David Prussky received his MBA and LLB from York University, Toronto. David is well recognized for his success in building junior growth companies. He is presently Chairman of the Board of Lonestar West Inc., an infrastructure service business with operations across North America. He was also Chairman of Carfinco Financial Group Inc., Canada’s largest public sub-prime lender. Carfinco was sold successfully 2015. He has served on the board of numerous private and public companies.

Aaron T. Walter is Director of Online Programming and Media Relations for ISGAP. He earned a BA in Political Science, an MBA, and holds a Ph.D. in International Relations. He used his more than 10 years of online teaching experience to design and construct ISGAP’s online course. Prior to him joining ISGAP, in 2018, he was a Scholar-In-Residence at St. John’s College, Oxford, as part of the ISGAP-Oxford Summer Institute for Curriculum Development in Critical Antisemitism Studies. From 2016-2018 he was Project Coordinator of the prestigious Jean Monnet Chair in Migration Studies at the University of Ss. Cyril and Methodius, Trnava, Slovakia. He serves as a W.J. Fulbright Commission Board Member for the U.S. Embassy in Slovakia.

Joanne Lebovits-Brodkin is Director of the Canadian Institute for the Study of Global Antisemitism and Policy (ISGAP-Canada), an organization which is independent from ISGAP. Ms. Brodkin holds a BA in Political Science and an MA in Public Policy & Public Administration from Concordia University, Montreal. She has served as the Community & Development Manager of the Canadian Friends of The Koby Mandell Foundation, raising funds and awareness for their two flagship programs. She has also held positions as Events Coordinator, JNF Canada, Senior Community Projects Coordinator, JIAS Canada, National Office, and Development Assistant for Operation Herbie, at The Hospital for Sick Children Foundation, Toronto.

Robert Hassan is the Director of ISGAP-Italy, where he runs the seminar on critical studies of contemporary forms of antisemitism at Sapienza University in Rome. He holds a Law Degree from Sapienza University, where he specialized in Comparative Constitutional Law. Dr. Hassan is an entrepreneur in the field of strategies and communication. With more than 15 years of experience in managing complex projects with organizations, he has achieved much auccess with the media in Italy. He has designed and implemented strategies and communication plans for governments, businesses, and foreign and domestic enterprises. He has handled the largest collection of materials and documents on the Holocaust in Italy.

ISGAP Asia – Board of Trustees